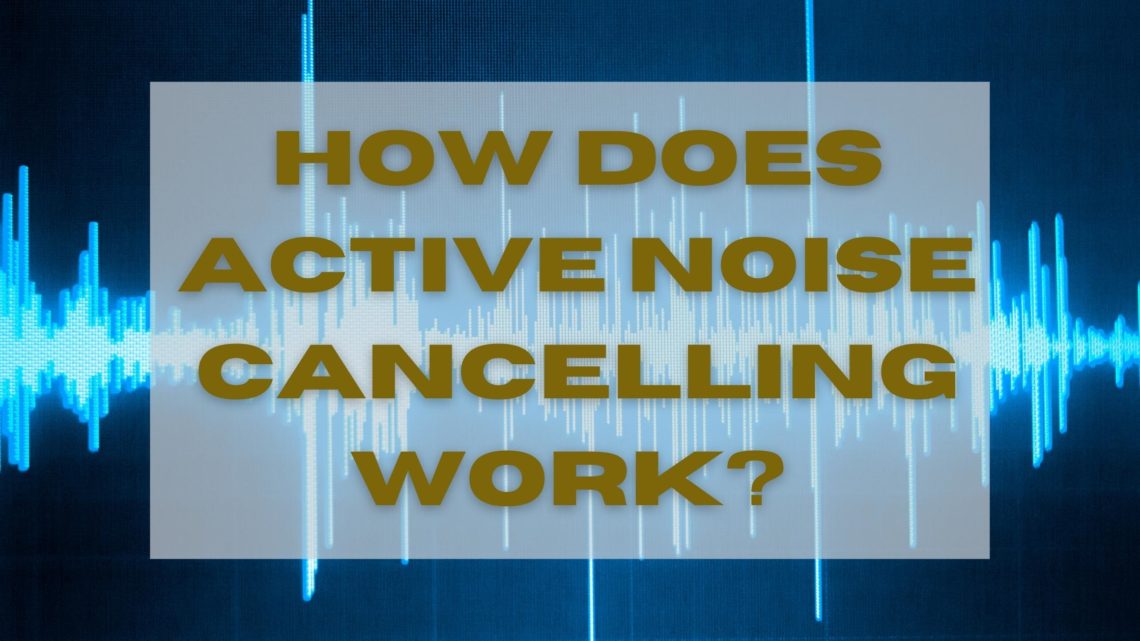 Do you love your headphones? They help you listen to music, make phone calls, and enjoy movies without bothering other people around you. But how safe are they?

Many experts believe that the use of headphones since their popularity at the beginning of the 80s is the single reason why so many younger generations have hearing loss today. Earbuds can produce volumes as high as 100dB or more. That’s loud enough to damage your ears in under 15 minutes however, most people listen to these levels for hours. Furthermore, many people use headphones to block out other noises such as while walking down the street, on public transportation, or in a busy café. This often causes people to turn up the level to a dangerous point. The good news is that technology using active noise canceling is changing this problem for headphone users.

What is Active Noise Canceling (ANC)?

If you’ve been using headphones but you feel the need to crank up the volume just so you can hear, then it’s probably a good idea to explore the world of active noise cancellation. The beauty of ANC technology is that it blocks out the external sound around you. This helps you to avoid turning up the volume while creating clearer sound with added depth and quality. You can hear phone calls without the need to shout and enjoy the nuance of your favorite music.

How Does Active Noise Cancellation Work?

ANC works by detecting the external sounds around you. Whether you are in a café, airport, loud bus, or at home next to a noise AC unit, your headphones will detect the ambient sounds around you. A tiny noise-cancellation speaker emits the detected tone but inverts it. Sound travels in waves and is measured in frequency and amplitude. Frequency, also referred to as pitch, is the number of times per second that a sound pressure wave repeats itself. Amplitude is the relative strength of sound waves (transmitted vibrations), which we perceive as loudness or volume and is measured in decibels. ANC copies the wave and creates the exact opposite – an inverted wave that renders the sound inaudible to our ears.

The sound your ANC earbuds or headphones emits is silent. Even though you don’t hear it doesn’t mean you are not enjoying the benefits. ANC offers a more balanced sound that won’t be distorted by the need to increase volume to block out other sounds. For those who use their earbuds or headphones at work, this will allow them to maintain concentration or remain completely immersed in your listening experience. And while ANC is becoming more rapidly popular, its technology has been around for quite a while. There are records of ANC technology being used as far back as the 1950s when it was used in the headsets for airplane pilots. However, the first consumer-grade headphones using this technology were released by Bose in 2000.

Battery Use in ANC

Many ANC headphones on the market are wireless meaning they require a constant source of battery power to operate. This allows them to connect via wireless Bluetooth technology which relies on shortwave radio signals and can pair to all your other devices with this capability such as smartphones, TVs, and stereos.  Noise canceling also requires battery power, which will cause the battery to drain faster.

There are also several ways in which ambient sound is picked up in ANC technology and canceled. Feedforward and Feedback ANC.

Feedforward ANC works effectively due to the speed at which it can detect sound, much faster than the human ear. Using feedforward ANC technology, a microphone is placed outside the ear cup of the headphone.  The mic can pick up noise before you do and create a counter signal to cancel out the sound.

In the case of feedback ANC, the microphone is positioned in the ear cup and front of the speaker, so it gets to hear the resulting signal in the same manner that the listener does. This allows sound to adapt and analyze incoming and outgoing audio.

Explore the World of Hearing Aids

For those who have hearing loss, many hearing aids now come equipped with noise cancelation features that can be switched on and off. This allows you to stream media and music straight to your ears with no interruption or wires when you want it with superior sound quality programmed specifically for your hearing loss. To find out more, schedule an appointment today.