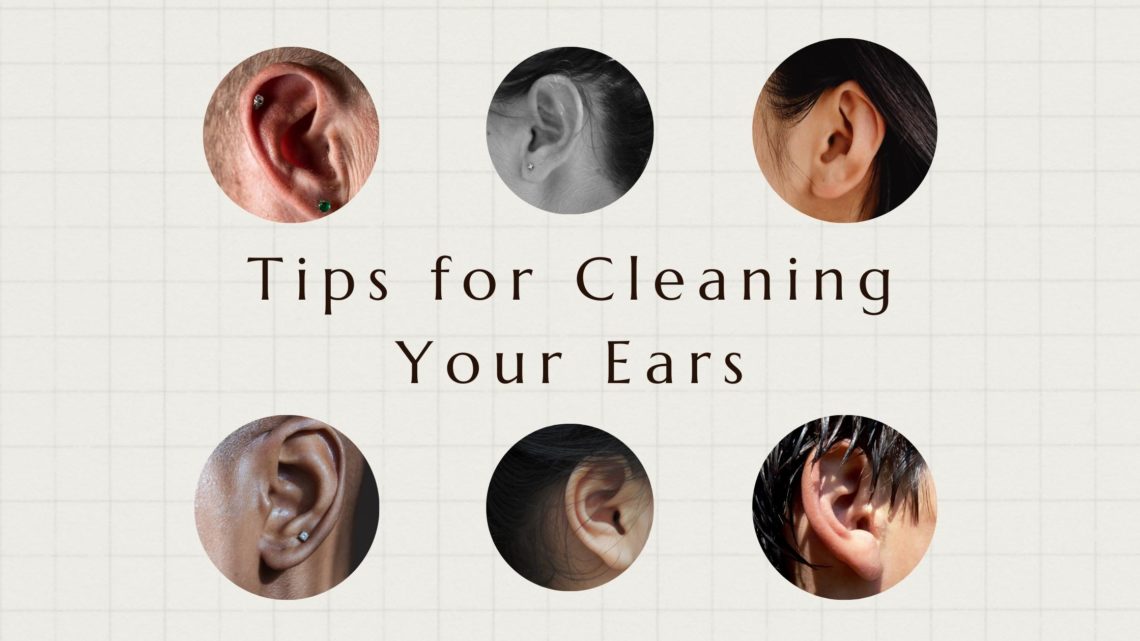 A lot of people are disturbed by ear wax, but it actually plays an important role in the health of your ears. For one thing, it’s not actually wax but technically called cerumen. Cerumen is a substance composed of dead skin cells mixed with gland secretions within the ear canal to create the sticky substance. Earwax plays an essential role in the health of the ear canal, moving dirt out of the ears while working as an antimicrobial cleaner, preventing infections as well.

When earwax is doing its job there is no need to clean it within the ear canal, however, sometimes a buildup can occur. An impaction of earwax can create a blockage significant enough to impede hearing until it’s cleaned. The best course of action is to treat earwax build-up before it can become impacted. So, what is the best way to clean your ears?

Do you use a cotton swab to clean out your ears? We implore that you stop this behavior immediately. It’s a common misconception that cleaning your ears out this way is standard, however, we recommend that the smallest object you insert in your ear canal should be your elbow! The auditory system is incredibly complicated and delicate and far too prone to damage to risk inserting a foreign object within the canal. The use of cotton swabs may be the reason a buildup of earwax occurs in the first place or can make an impact worse. So, what is the best way to clean your ears if not with the famed cotton swab? There are several safe methods to clean your ears at home. These preventative methods can help you to avoid a trip to the Ears Nose and Throat Doctor or an Audiologist.

Warm Water and A Washcloth

As mentioned before, earwax is self-cleaning. With the movement of our jaws when we chew or speak, earwax moves out of the ear canal, towards the outer ear, taking collected airborne dirt and debris with it. This means the majority of earwax that should be cleaned is already sent to the outer ear. We recommend a hot shower to help loosen the earwax naturally. At this point, it most often can be wiped away with a soft moist washcloth.

Mineral oil, baby oil, or even regular olive oil can help aid in the natural process of earwax removal. Oil can soften dried hardened earwax and aid in moving it out of the ear canal.

Plan in advance. Take a dropper full of your preferred oil and drop three to five drops in one ear and let it rest in the canal while you lay on your side. After about 15 minutes switch sides and do the same on the other. You can also use a cotton ball to help hold the oil in place. Let it rest in your ear canal for about an hour and then take a hot shower. Oil should provide the breakdown of cerumen to allow it to naturally flow out of the ear canal.

Similar to oil, hydrogen peroxide can activate to break down earwax and clear blockages. Hydrogen peroxide is a mild antiseptic used to prevent infection of minor cuts, scrapes, and burns.  Hydrogen peroxide activates by releasing oxygen when applied causing foaming, which aids in the removal of dead skin as well as the breakdown of earwax. A 50/50 mix of hydrogen peroxide and water is recommended to avoid irritation in the ear. You will be experiencing a seemingly loud bubbling sound that you may or may not enjoy. To be safe, ensure the hydrogen peroxide which is used is labeled three percent (the most common type often sold in brown bottles at most drug stores.)

When to Visit Us

There are plenty of DIY home methods for cleaning out your ears that are considered preventative and safe. However, if you are experiencing a loss of hearing or pain which could signal an ear infection, don’t attempt to solve this on your own. The auditory system is fragile and if poorly treated, could quickly lead to permanent hearing loss. If you are having an issue with your ears, it is always a good idea to schedule an appointment to have your ears professionally treated and cleaned. Schedule an appointment with us today.