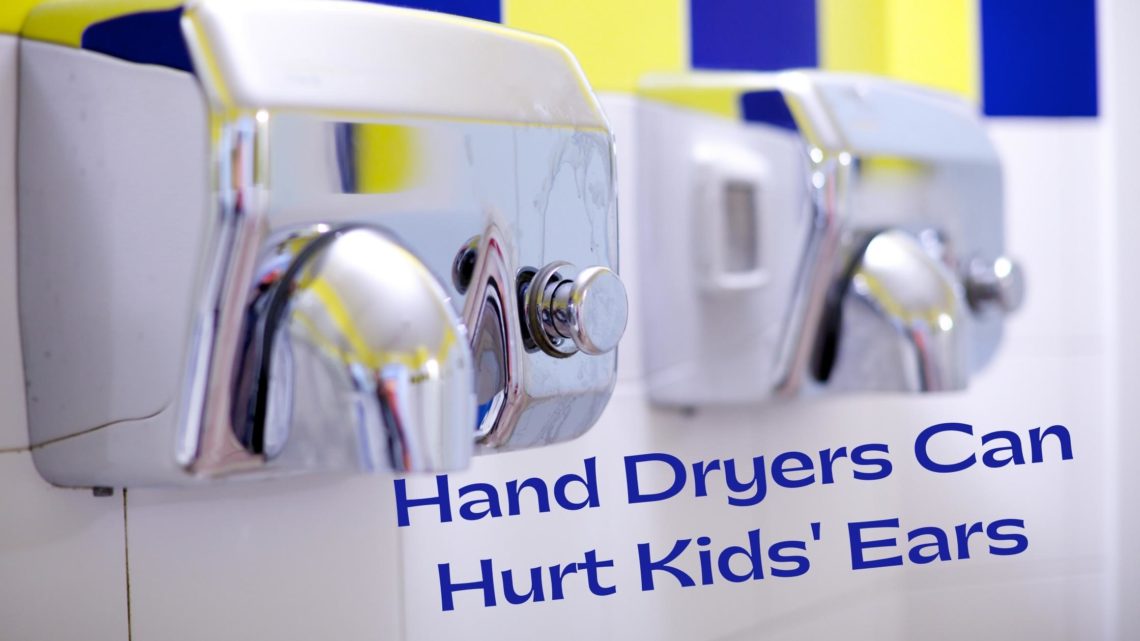 It may surprise you the sounds we hear every day which actually put your hearing at risk. In fact, one teenager recently discovered that the hand dryers in most public bathrooms reach decibel levels which can cause hearing loss permanently.

The Risk of Hand Dryers

You most likely would never expect something as common as hand dryers to be an issue. They are in most public restrooms and are a great alternative to wasteful paper towels, which cause energy to harvest and produce. Hand dryers offer the added benefit of hands free drying which can cut down on the spread of germs and viruses. So, what is the problem with hand dryers?

No one was aware there was an issue until a then, 9 year old student, Nora Keegan started to explore the issue. Nora measured the decibel level of 44 hand dryers in public restrooms around the city of Calgary, Canada. Not only did she measure the decibel level, but she went out of her way to measure at various average heights of children using these hand dryers. Her measurements revealed that every hand dryer she measured exceeded 100 decibels. One hand dryer reached 120 decibels!

To understand the severity of her findings, it is important to understand hearing loss and how it is caused. The volume of sound is measured in decibels. Any decibel which exceeds 85 decibels has the potential to cause hearing loss. It is not just the decibel level but the length of exposure. An exposure of 85dB can begin to cause hearing damage if exposed longer than 8 hours.

However, at an increase of 88dB the same amount of damage can incur in just 4 hours. As decibels rise, loudness quickly increases. A 10-dB rise in sound is a 10-time leap in loudness. For instance, an 80-dB sound such as a household vacuum cleaner, is 10 times louder than a 70-dB telephone ringing and 100 times louder than a 60-dB conversation. By the time a sound such as a hand dryer reaches 100 decibels, the noise exposure limit drops to 15 minutes.

At just ten decibels more than 110, the risk exposure time is only one minute! When kids are exposed to a sound like a hand dryer for more than that, they are at risk for permanent hearing loss.

To understand how hearing loss occurs, it is important to understand how we hear. Sound waves enter the outer ear and travel down the ear canal, leading to the eardrum. The sounds cause the eardrum to vibrate, which stimulates the three smallest bones in the entire body. These bones then amplify the sound and send it to the cochlea, a snail-shaped structure filled with fluid, within the inner ear.

Audio vibrations cause the fluid to ripple which affects tiny hair-like cells called stereocilia. Stereocilia then turns these vibrations into electrical signals which are sent to the auditory cortex in the brain. This is where sound is processed and comprehended. Hearing loss is often caused when excessive levels of noise damage the stereocilia, impeding the delivery of sound information to the auditory cortex.

When sound is too loud, stereocilia are forced against the membrane which holds them causing them to break. This can start slowly – so slowly that you may not even notice that subtle pitches or tones are lost to your ears. If you are exposed regularly, as children may be every time they use the restroom, this can result in a noticeable hearing issue.

By the time Nora Keegan turned 13 year old, she had published a paper in the Pediatrics & Child Health Journal. The article is called Children who say hand dryers ‘hurt my ears’ are correct: A real-world study examining the loudness of automated hand dryers in public places. Keegan was interested in the topic because she had experienced issues with the volume of hand dryers personally. “Sometimes after using hand dryers my ears would start ringing,” explains Keegan. She says she has witnessed that many kids don’t want to use hand dryers because of the noise.

Children with hearing loss have a harder time connecting with friends and interacting with classmates and teachers. Hearing loss in kids has been linked to learning difficulties in school. If you are concerned about your child’s hearing, schedule a hearing test now!