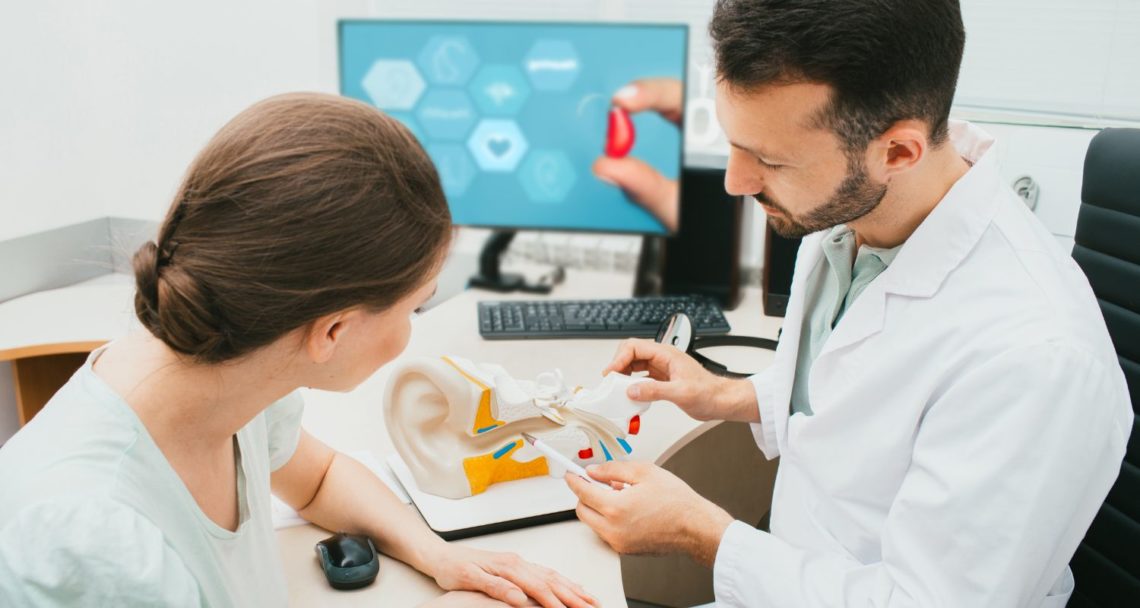 Hearing loss affects 1 in 8 people (30 million people or 13% of the population) in the US between 12 and 69 in both ears, based on standard examinations. However, a hidden hearing loss is much rarer. Experts estimate that sudden hearing loss, described as sudden sensorineural hearing loss (SSHL) strikes between one and six people per 5,000 every year. Even so, the actual number of new SSHL cases each year could be much higher, as SSHL often goes undiagnosed. Occurring in just about anyone at any age the majority of cases most often affect those in their late 40s and early 50s.

What is Sudden Sensorineural Hearing Loss?

Sensorineural hearing loss is described as damage to cells of the inner ear which are the sole transport of audio information to the brain. Sudden sensorineural hearing loss commonly known as sudden deafness, is an unexplained, rapid loss of hearing either all at once or over a few days. No one knows exactly what causes SSHL though it commonly only affects one ear. It can be understandably an alarming experience but seeking immediate medical treatment can improve the chances of making some degree of recovery.

This condition can affect anyone at any age however the risk increases as we age. in 50- to 60-year-olds, it affects 15.8 people out of 100,000 while in 20 to 30-year-olds, this condition affects 4.7 people out of 100,000. Technically SSHL occurs when there is a loss greater than 30 decibels over three frequencies, which appears suddenly over a period of fewer than three days. It occurs suddenly, with experts still confused about the cause. However, in most instances SSHL cases are viral, it often begins with a popping sound in the ears previous to the loss. In most cases, SSHL is unilateral meaning that it occurs in one ear. Only 2 percent of cases occur in both ears – 55 percent of cases occurring in the left ear. 70 percent of SSNHL patients also experience tinnitus symptoms while 50 percent also suffer from vertigo and dizziness.

The first step in treating an SSHL is identifying the cause. When you visit us we will evaluate your hearing health, including a complete medical history, a physical exam, a hearing exam, and laboratory and radiographic studies. While this condition is alarming, often upsetting, and disorienting, fortunately in 32 to 79 percent of cases of sudden hearing loss, patients recover spontaneously, most within the first two weeks. Some of the greatest hurdles in recovery stem from patients not visiting a doctor soon enough. In many cases, SSHL is misdiagnosed as an ear infection or impacted earwax, which delays treatment and further puts hearing at risk. Prompt treatment has been proven successful in many cases, but some patients may not improve and may be left with permanent hearing loss. For patients who also suffer vertigo and older patients, it’s common for the chances of a full recovery to be much slimmer. The most common treatment is steroids which must be administered as soon as possible to increase the chances of recovery. While the way steroids help fight SSHL isn’t fully understood it’s believed that steroid treatment improves hearing due to its ability to reduce inflammation and swelling across the entire auditory system.

Systemic steroid treatment is the most common

The steroid cortisone is the most common treatment for SSHL which is taken orally over two weeks. Studies show that patients who begin this treatment within two to four weeks after the onset of the loss have the best chance of recovery. It’s also common to receive an additional booster shot of steroids injected directly into the ear which provides a higher dose to reach the inner ear fluids, decreasing swelling much faster.

For all the amazing recovery stories, many never recover their hearing. In some cases, once a viral infection recedes, hearing returns though in many cases SSHL comes in tandem with age-related or noise induced hearing loss. For those with a mixture of causes affecting hearing, they may benefit from hearing aids or cochlear implants, depending on the severity of the loss. To find out the nature of your hearing loss, don’t hesitate to schedule your hearing exam with us today.