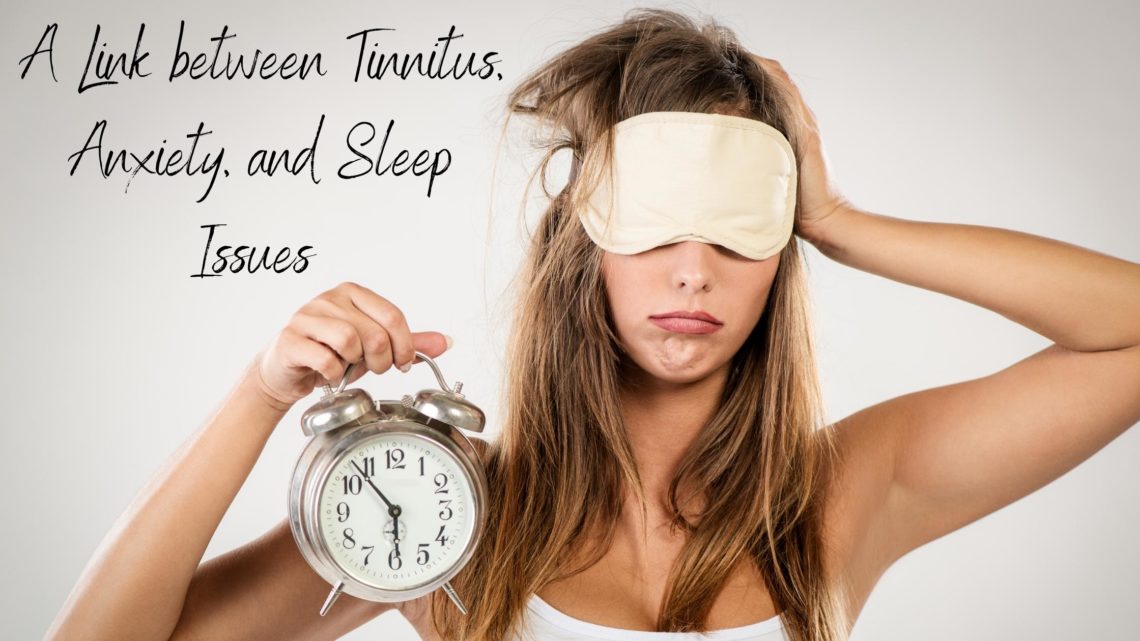 Hearing affects more than just our ears. What starts out as a hearing issue often escalates into misunderstandings, chronic anxiety, isolation, loneliness, depression, and even cognitive decline. Often hearing issues go hand in hand with tinnitus, which in turn can amplify stress, interrupting sleep and making it hard to focus during the day.

So, what exactly is tinnitus? Do you ever randomly experience a buzzing or ringing in your ears which arrives for a time and then fades into nothing? If you have experienced this, you are not alone. The U.S. Centers for Disease Control estimates that nearly 15% of the general public — over 50 million Americans — experience some form of tinnitus. However, for many tinnitus does not simply fade away. Approximately 20 million people struggle with burdensome chronic tinnitus, while 2 million have extreme and debilitating cases which interrupt sleep and induce stress.

A Connection Between Hearing Loss and Tinnitus

Tinnitus is a phantom sound that only you can hear and often its sheer presence is enough to cause anxiety and a feeling of being trapped by the sensation. While it is not linked inherently to hearing loss, 90% of people who experience tinnitus also have tinnitus. Many scientists hypothesize that this could be due to damage of the tiny hair cells which transmit sound from the ears to the brain. These cells are easily damaged by noise, chemical exposure, head trauma or chronic infection and ear disease.  It is suspected that when these cells sustain damage, they potentially transmit unintentional signals to the brain – almost a feedback which is interpreted as the symptoms of tinnitus.

While tinnitus is not caused by anxiety, often the arrival of tinnitus symptoms causes increased levels of stress. The unfortunate aspect of this is stress then amplifies and makes the tinnitus more prominent in your head. First a constant noise interrupts your thoughts releasing the stress hormone cortisol. It makes it hard to concentrate on tasks, focus on conversation and generally be present with the moment at hand. This is why many treatment therapies for tinnitus revolve around stress reduction or even focusing on your initial reaction to tinnitus, to lower its prominence in your psyche.

Consequently, high levels of stress and anxiety make it difficult to find the peace to get the important rest you need. When we sleep our body takes the time it needs to rest heal and regenerate. Our immune system is boosted, and we feel ready to clearly focus on the challenges of the next day. When falling asleep, it is common for tinnitus to take this quiet moment to take over your attention. This seemingly unescapable feedback can keep you from falling asleep or can even keep you awake in the middle of the night. A missed night of sleep every now and then happens but chronic sleep issues can lead to health problems like diabetes and hypertension.

While there is no clear cure for tinnitus to make it stop once and for all, there are several methods many have experienced which make the side effects less prominent. For instance, many find success by masking tinnitus when falling asleep or even during the day. Often soothing music or talk radio can cover up the hum and for hearing aid users many offer tinnitus masking features to help you focus on work and leisure during the day. At night many use a white noise machine to cover the buzz of tinnitus and fall to sleep.

One of the most effective ways to keep your tinnitus under control and keep it from interrupting your sleep is minimizing its stressful response. Anything you can do during the day to lower your cortisol levels can help. For many this comes in the form of meditation, yoga, or exercise to induce a sense of calm.  Others find that talking to a counselor about how they respond to tinnitus can help them modify their stress response, making the ringing less of a center piece so they can focus on what they really need to focus one.

While hearing aids don’t directly reduce tinnitus, often the stress caused by hearing issues can be minimized by treatment. To find out more about how to reduce stress, and tinnitus by treating hearing loss schedule a consultation today.